Lost New York—found on this hunt!

You’ll discover the hidden traces and places of the Wall Street area—including the narrow, winding streets laid out by the Dutch, vanished and transformed forts, places where the Founding Fathers walked and fought, burn marks left by the enormous fire of 1776, and a fence that bears the scars of a Revolutionary riot. You’ll enjoy amazing changes in scenery, from the eye-popping interiors of the canyons of finance to Battery Park’s sweeping views of New York Harbor. You’ll even encounter Hollywood in spots used as locations for such movies as Ghostbusters, Men in Black, Working Girl, National Treasure, and The Day After Tomorrow.

Your team might search for answers to questions about…

No previous knowledge of downtown NYC is required: you just need sharp eyes, comfy shoes, and good teamwork. Find out why this is one of our staff’s favorite hunts!

Look no further. Since this scavenger hunt made its debut in the year 2000 for one of the world’s largest financial firms, literally hundreds of companies have enjoyed it, such as American Express, Facebook, Citi, Credit Suisse, and Allianz, to name just a few. Contact us to find out what we can do for your group—and find more fun downtown! …through the streets of Lower Manhattan, from Wall Street to Battery Park, to discover the places where the feisty Founding Father worked, played, debated, fought, and planned his fatal duel. Whether you’re a fan of Lin-Manuel Miranda’s hit Broadway musical, or the Ron Chernow book that inspired it, or just curious about the Founding Fathers and early New York City, you’ll love this scavenger hunt.

No knowledge of Alexander Hamilton or the Wall Street area is necessary! You just need sharp eyes and comfy shoes to follow a trail of clues to discover fascinating historical places and answer tricky, fun questions about what you find.

Plus, you’ll touch a fence that bears the scars of a patriotic mob, walk through a former hanging ground and slave market, gaze at singe marks from the great fire of 1776, visit the real grave of a fictional character, decipher a Freemason’s cryptic last message, and more.

It’s a great, fast-paced tour of the Wall Street area. Even if you don’t give a farthing for the Founding Fathers, you’ll be surprised and delighted by this hunt. And if you’ve seen the hit Broadway musical, you’ll be forgiven for spontaneously rapping as you recognize touchstones in Hamilton’s lyrics.

On occasional weekends, we offer this hunt to the general public, when it lasts about 2 hours.

Can you determine who dunnit?

A Watson Adventures staffer has been found dead on Wall Street outside the Stock Exchange, and we need your help to catch his killer. Before he died, he drew a star on the ground with his own blood. Can you and your team of sleuths solve this mystery and piece together the rest of the puzzle he left behind in time to prevent a potentially disastrous international incident?

Along the way, you’ll also uncover the secrets of lower Manhattan, from Wall Street down to Battery Park, where surprising details turn out to be part of a cryptic code. Your teamwork skills just may save the world.

On this unusually fun team-building exercise, you’ll get the best of the Secrets of Wall Street Scavenger Hunt while also solving a murder mystery. Our Hunt Host will set you up at the start, surprise you with a special challenge along the way, and award the winners at the finish line. …on a scavenger hunt in the spectacular Oculus, near the Freedom Tower, and in the World Financial Center’s Brookfield Place. Your team will be challenged to follow clues and answer tricky, humorous questions about what you discover in these great spaces. Plus, you’ll take creative Team Photos and find or create a variety of unusual items in activities designed to test your teamwork and your resourcefulness.

Completed in 2016, the Oculus is a dramatic all-white space like something out of a sci-fi movie. An underground hallway connects with Brookfield Place, where a palm court and intriguing places to shop and eat await. Another passage connects with the dramatic Fulton Center, a hub for more stores. These venues provide fascinating, weatherproof places for an indoor adventure downtown.

No knowledge of the Oculus or the area is necessary to play or to win. You just need sharp eyes, comfy shoes, and great teamwork.

Since this hunt’s debut in 2017 it has already been a big hit with corporate groups, including such happy hunters as American Express, Deutsche Bank, Sirius, S&P Global Ratings, the NYC Department of Education, and Debevoise & Plimpton, to name just a few. The game is guaranteed to appeal to all kinds of personalities, and it’s weather-proof! Contact us to learn more—and find more fun in downtown NYC! We dare you not to start humming Hamilton tunes…

…as you answer funny and tricky questions about the intriguing statesman and wind your way through the streets of Lower Manhattan, from Bowling Green to Federal Hall on Wall Street, from Hamilton’s grave near Broadway to Fraunces Tavern (where Hamilton dined with Washington).

On this history-filled activity that’s perfect for school field trips and birthday parties, kids and adults collaborate on teams to discover the places where the feisty Founding Father worked, played, debated, fought, and planned his fatal duel. This hunt is sure to be a hit with fans of the insanely popular Broadway musical, as well as with those who don’t know much (yet) about Hamilton and early New York City.

And don’t worry—no knowledge of Alexander Hamilton or the Wall Street area is necessary! You just need sharp eyes and good teamwork.

Recommended for ages 10 and up.

What happy hunters are saying

“Watson Adventures helped my school plan an extremely adventurous day from start to finish. We had a unique experience around New York City, and everyone had a blast! Thank you so, so much!!! Can’t wait to do it again!” –A high school teacher

When we offer this hunt to the general public on select weekends, it takes about two hours.

A scavenger hunt between two Worlds

If you want to explore the revived, exciting neighborhood of the World Financial Center and the Freedom Tower, this is the game for you. Your team will check out the beautiful waterfront park and outdoor plazas along the Hudson River as you follow tricky clues and answer humorous questions about what you find. Along the way, you’ll also be challenged to take creative Team Photos and create or find unusual items.

If you’d rather hunt east of the Freedom Tower, another version is available that focuses on sites near Broadway.

When the weather won’t cooperate for an outdoor hunt…

…this team-building extravaganza is the perfect choice. Explore great museums and landmark buildings in the Wall Street area, in which tricky questions are your guide.

While all of these sites are within easy walking distance, if you want to go a bit farther afield, you can also include the New York City Police Museum in your hunt.

We’ll mix and match the museums according to your preferred locations, interests, time, and budget. See why we think these small museums are vastly underrated fun!

An adventure that will keep young hunters riveted

Variety is the name of the game on this unique scavenger hunt for participants of all ages. The oldest neighborhood in Manhattan is your playground, as adults and kids work together in teams to answer fun, funny questions and venture from Wall Street down to the harbor.

One minute you’ll be exploring tiny, twisting streets that were laid out in Dutch times, and the next you’ll burst into the open spaces of Battery Park and see the harbor and the Statue of Liberty. After that, you’ll explore the National Museum of the American Indian in a building featured in numerous movies, then eye scorch marks left in a churchyard by fires during the Revolutionary War. Other highlights include Federal Hall, Trinity Church, a giant bull, an 1812 fort, a buried building, the headquarters of Men in Black, and much more. 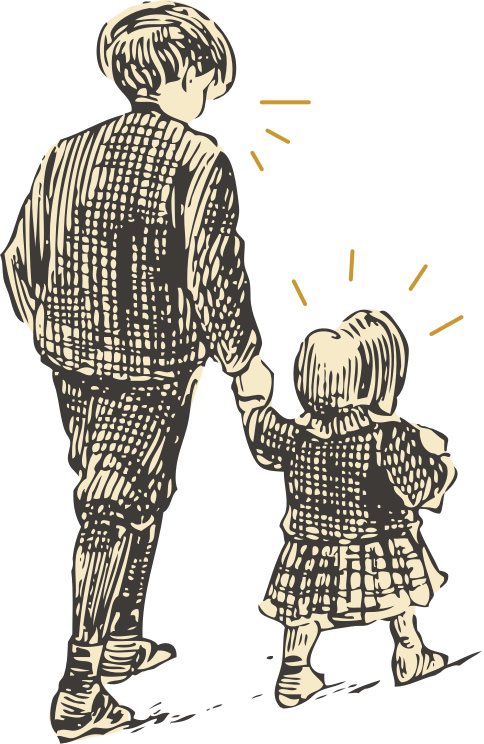