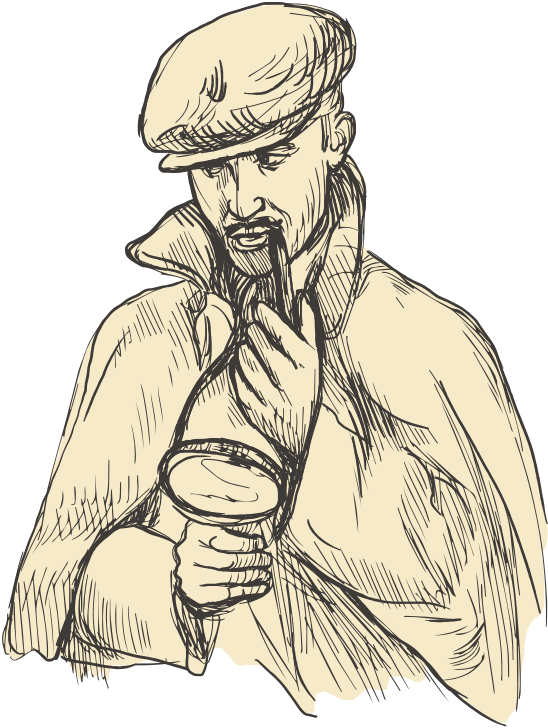 A murder mystery scavenger hunt is almost afoot in Glass Onion, Netflix’s sequel to the hit film Knives Out. Daniel Craig’s befuddling and brilliant Benoit Blanc returns to solve another murder, but not before he spoils a murder mystery party.

(Speaking of which, you’ll find a few vague spoilers for Glass Onion beyond this point. If you haven’t seen the movie yet, you should go do that and come back.)

DO: Turn to the Professionals

Edward Norton’s eccentric billionaire brags that he hired famed thrilled author Gillian Flynn to write his murder mystery scavenger hunt. And that’s pretty much the only thing he does right!

Of course, you don’t need a private island and enough money to rent the actual Mona Lisa from the Louvre to turn to the professionals for your murder mystery games. Our crack Hunt Hosts are always ready to challenge your group on Puzzled to Death: A Virtual Game of Murder Mystery Puzzles. Or to surprise you and your colleagues on the Killer Trivia Slam and the Murder by Team Building Game.

DON’T: Get Hung Up On Yourself

Whether your scavenger hunting with friends or organizing a team building event, remember that it’s a group activity. Most of what goes wrong in Glass Onion stems from the fact that Edward Norton’s billionaire, Miles, is a self-obsessed egomaniac. (So are most of the characters, to some extent, actually.)

Sure, your group’s event won’t involve multiple murders (we hope!). But no one has fun when, say, the CEO starts off an activity by “wanting to say a few words” and drones on for a half hour. It’s about everybody, not just one person.

DO: Rely on Your Teammates

In Glass Onion, Benoit Blanc does plenty of detecting, of course. But he relies on a new teammate for a surprising amount of the sleuthing. Without spoiling too many details, Janelle Monáe’s character not only hires Daniel Craig in the first place, but she proves vital to solving the movie’s mysteries. She amazes herself and Benoit with her unexpected knack for snooping around and uncovering clues.

And that’s what our murder mystery scavenger hunts are all about. Every one of our games brings people together and taps into their individual skills—even ones they didn’t know they had.

DON’T: Believe Everything You See

Or everything you think you see! In Glass Onion, a swapped drinking glass proves to be a matter of life or death, and you definitely can’t trust what some characters are sure they saw. And in some of our intricate murder games, such as the Murder Mystery Mayhem Scavenger Hunt, some parts of the game hide more than meets the eye. And while you’re at it, don’t trust everyone: there might just be a killer in your midst!

DO: Keep Your Secrets to Yourself

In our murder mystery scavenger hunts and in Glass Onion, you never know who might be listening in! As you solve puzzles and unravel tales of betrayal and scandal, watch out for other teams that could overhear your clever work. And if you’re on a crazy billionaire’s island, scheming and plotting, maybe keep your piehole shut—Daniel Craig and Janelle Monáe are definitely eavesdropping on you. Like, the whole time! So zip it!

Think you’re prepared to take on a murder mystery scavenger hunt? If nothing else, you 100% will fare better than a few of the knuckleheads in Glass Onion. Check out all our murder mystery games, then contact us to plan your event today.