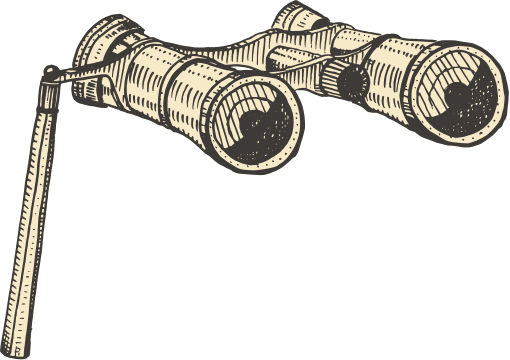 Pokemon Go has taken over the world. The worldwide scavenger hunt for digital pocket monsters exploded onto smartphones in July, delighting fans, bewildering bystanders, and occasionally almost getting some users killed.

Now, we know a thing or two about scavenger hunts. We’ve been staging acclaimed scavenger hunts for public and private groups since 1999. We also happen to know that some pretty great Pokemon appear in the museums and neighborhoods you’ll explore on our hunts. If you want to be the very best, like no one ever was, read on to find out where Pokemon Go and Watson Adventures come together.

We’ve mentioned it before, but in case you don’t know what Pokemon Go is, it’s a GPS-based smartphone game that turns the player’s surroundings into the game world, with streets, rivers, parks, and buildings showing up as virtual versions of themselves. Some landmarks, like churches, become Pokestops (where players can get free items) or Pokemon Gyms (where players can battle other players’ Pokemon).

As you play, Pokemon appear, and you try to catch them. The game has 151 in all, and some are very rare (so rare that no one in the world has seen them yet).

So where shouldn’t you look for Pokemon?

Playing the game in public is cool as long as you’re safe and stay alert, but the jury’s still out concerning the ethics of playing Pokemon Go in a museum. Sometimes it’s a no-brainer: Don’t try to catch ’em all at the Holocaust Museum, for example. Other museums tolerate the game, while others actively encourage it. Anything to get the bodies in the door right?

We don’t necessarily recommend playing Pokemon on one of our scavenger hunts. For one thing, our hunts are already super fun! Plus you need your whole team active and participating if you want to answer our quirky clues and win that medal. But we know we can’t stop determined Pokemon trainers.

Tips on finding Pokemon on our scavenger hunts

Many of our most popular hunts are full of Pokemon Gyms and Pokestops—and at least a few of those always seemed to be lured, which means more Pokemon for everybody!

Manhattan’s museums are lousy with Pokemon. Nearly every museum hunt, from the Murder at the Met Scavenger Hunt to the Wax Attacks Scavenger Hunt at Madame Tussauds, covers several Pokestops, and often a gym. On the Murder at the Museum of Natural History Scavenger Hunt you’ll find more than a half dozen stops and a gym. Plus, the museum is one of the best places in the city to catch Charmander, a wildly popular and hard-to-find fire Pokemon.

Pokemon Go is popping up in our non-museum locations too—and you don’t have to worry as much about getting reception. Join the High Line at Sunset Scavenger Hunt to find Squirtle and Magikarp. Or play the Secrets of Central Park Family Hunt and stick around afterward for one of the most active Pokemon-catching spots in America: the southeast corner of Central Park. And Times Square is full of electric Pokemon, appropriately enough, including Pikachu.

You can join our public scavenger hunts at many of L.A.’s best places to catch Pokemon, including LACMA and the Huntington Library. You will net a bunch of water Pokemon at the Santa Monica Pier Pressure Scavenger Hunt, and possibly some of the rarest monsters in the game, like Kabutops, Dratini, and Dragonite.

Or solve the Murder at the Getty Scavenger Hunt and really get your Go on. Home to a whopping 11 Pokestops and five gyms, the Getty Center even has guidelines for playing Pokemon Go in its official FAQ.

Our upcoming scavenger hunts in Chicago offer a great mix of Pokemon to catch and eggs to hatch. Keep Pokemon Go running in your pocket while you complete the Loop Movie Locations Scavenger Hunt, and you’ll be well on your way to cracking open an egg. Join the Wizard School Scavenger Hunt for families with Harry Potter fans and, as much as we hesitate to mix fanbases, stay for the bird Pokemon. (It is the Windy City, after all.) Or after you solve the Murder at the Brookfield Zoo Scavenger Hunt, stay for the zoo’s more than 50 (!!) PokeStops.